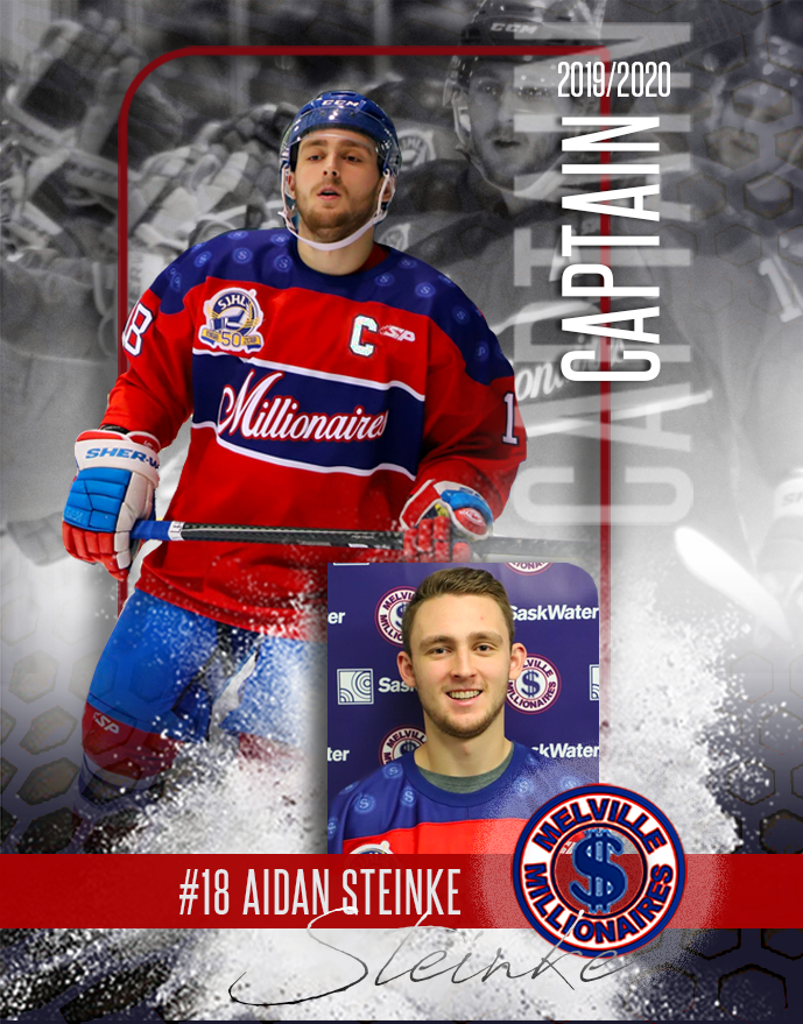 The community of Melville is a great place to play Jr. A hockey. The support we get as a team from the fans and community is outstanding. Everywhere you go around the city the people of Melville know who you are and know that you are a Millionaire player. The relationship that the fans and the players have is special. The fans always come out and support the team every game.

Being a Millionaire allows you to be such a positive role model in the community for the kids as the kids look up to all of us players and aspire to be one of us one day. The opportunity to be a role model arises outside of the rink  as well, as the Mils are in the schools every week allowing for the kids to look up to us in the classroom.

I am personally involved with the Big Brothers Big Sisters program in Melville which is such a great organization for community mentorship.

The team also has a lot of opportunities to interact with the fans and the community as we are involved in a number of community events throughout the season.

The Millionaires also have such great sponsors who support the organization.

The billet families in Melville are excellent and are very supportive to each and every one of the players. I can’t speak highly enough of my billet family Dustin & Nicole Godfrey as they love me like I’m one of their own. They have two great young kids that I love to hang out with, and I try to be a good role model to them on a daily basis. This will be my third year with them, and I cherish every moment I spend with them all. Having billet families creates lifelong relationships with each of us players.

The coaching staff with the Millionaires is outstanding, led by Head Coach Kyle Adams and Assistant Coach Jarett Waldbauer as they run the program top notch. There vision for the program moving forward is very positive and I firmly believe that it is a recipe for success and will bring the Millionaires back to the top of the SJHL. They take pride in player development along with getting better as a player and as a team each and every day.

Moving ahead we have a good group of guys for the 2019-2020 season. We have lots of talent coming back to our team from last year, and an exciting crop of new players that were recruited to play for the Millionaires. It should be an exciting season ahead and lots to look forward to.

This will be my third and final season with the Melville Millionaires as this is my final 20 year old season. I was a rookie to the team my first year, and last year I was an Assistant Captain of the team.

This upcoming 2019-2020 season I will be the Captain of the Melville Millionaires. It is an absolute pleasure and honour to be the Captain of the Millionaires as this team has such a rich and proud history. I am looking forward to lead this team in a positive direction. I am striving to reinforce a winning culture to Melville, with the end goal of bringing the first SJHL championship to Melville.